It is already common knowledge that she is expecting her first child with husband Ranbir Kapoor. In addition, she is on the ground to promote.

Alia Bhatt’s career and personal lives are both quite active. Following the success of Gangubai Kathiawadi and RRR, the actress has piqued the interest of viewers in Brahmastra. It is already common knowledge that she is expecting her first child with husband Ranbir Kapoor. And despite all of this, she is on the ground promoting Darlings. Below are some intriguing details.

Alia co-stars with Vijay Varma, Shefali Shah, and Roshan Mathew in a black comedy drama titled Darlings. Along with Bhatt, Red Chillies Productions and Eternal Shine Productions are financing the project. With a debut date of August 5 on Netflix, the team has begun extensive promotion.

Multiple photographs of Alia Bhatt from a promotional event have gone viral. The actress was seen wearing a floral-detailed minidress with floral frill trimming. She consciously chose a larger size than normal because she is pregnant and wished to conceal the pregnancy bump as gently as possible.

Alia Bhatt’s ostentatious attire has garnered a great deal of attention. It was a Zimmermann designer piece that is being sold on their website for a staggering Rs 82,000. Yes, you heard correctly. A price at which one may purchase the least expensive version of the highly anticipated iPhone 14, which is anticipated to come with a starting price of approximately 72K.

In the meantime, Karan Johar reviewed Darlings on Instagram and heaped love on Alia Bhatt and the cast. “A first-time director so assured that she draws you into the #Darlings maelstrom like a seasoned pro! To blend (dark and conversational) humour with a serious subject is a tremendous feat in and of itself, yet the creators of this subtle noir and immensely strong film triumphs! So fun! So hard-hitting and so entertaining! “Immediately!” 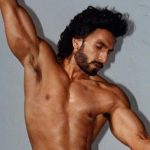 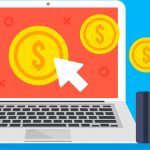