Haute couture can mean a lot of various things to different designers, as this week has already demonstrated and with some significant names remaining to showcase. A display for the technical skill of the ateliers and the fournisseurs who provide those ateliers with remarkable textiles, accessories, and decorations, or perhaps a platform for a soaring imagination or a response to the zeitgeist.

Viard, however, does not literally use any of these references; rather, they serve as inspiration for outfits that develop with the help of the textile designers and makers who weave those extraordinary painterly tweeds and the dressmakers who know how to create flawless pleats that “move beautifully,” as guest Sigourney Weaver gushed, “and are just so elegant.”

The Astaire flare, for example, could be translated into the kick at the hem of a calf-length skirt, the Oakley image into a dirndl skirt with functional pockets that encourage an assertive body language (and possibly those sturdy short gaucho riding boots), and the references to ’30s house archives into slinky evening dresses deftly cut to fall straight to the floor when standing still but that break into swirling movement below the knee when the wearer walks. 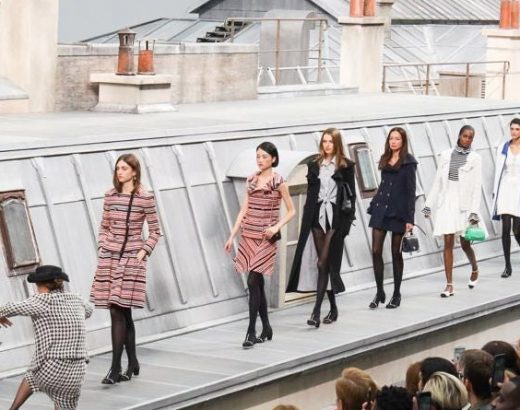 Viard contacted the artist Xavier Veilhan once more to design a Constructivist set for the spring couture collection in order to set the setting. This time, in the sand-filled outdoor arena of the equestrian L’Étrier de Paris facility in the Bois de Boulogne, Veilhan erected a number of objects that together constituted a metaphorical landscape (arches, bullseye targets, mobiles, and cubes of bubblegum pink recyclable plastic). Before proceeding indoors to more sand and a set of dynamic colour blocks in black, white, sand yellow, and grey, visitors strolled through or around these sculptures. This subtly alluded to the art deco influence on the drop-waisted dresses and linear shapes that were seen in some of the collection’s styles (and included an eye popping Taroni silk that Viard paired with a stylish bolero in stripes of black and white sequins and bugle beads).

The impressionistic film, which included a diverse ensemble, including Charlotte Casiraghi and Pharrell Williams, served as the backdrop to the parade of girls and was accompanied to a symphonic soundtrack composed by Viard’s friend Sébastien Tellier. The clothing was equally eclectic, showcasing incredible textiles such as lace painted in resin, a shower of embroidered leaves on a white tulle trapeze dress, which cast a shadow of a print of the same motif beneath, an all-over deco print on a bell-skirted coat dress that, upon closer inspection, revealed to have been entirely beaded in sequins by Lesage, or tufts of ostrich plumes painstakingly sewn to black ch

Unfortunately, many of those extremely fine features that Viard had emphasised during a fitting in the Chanel atelier on the day before the presentation and that were so lovely in the hand were obscured by this massive backdrop and when viewed from a distance. What was left was a mesmerising impression of fabric being deftly manipulated by highly talented hands to create an effect that appeared effortless yet having been attained via years of experience and savoir-faire. Alternatively put, pure haute couture. 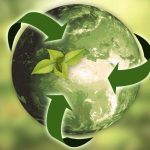 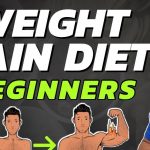