Enlarge / This EV is called the Nissan Sakura, and it goes on sale in Japan this year for about $14,000, proving that automakers can make small and affordable EVs. (credit: Nissan)

You don’t have to dig far into the comments of just about any article we write about new cars to find complaints about the ever-growing size and cost of those new cars. Automakers are convinced that size sells in the US market, particularly when it comes to new electric vehicles. But there is a different way, as both Europe and Japan have shown.

For example, Autocar reported on Tuesday that Volkswagen will build a small EV called the ID.1 that will sell for around $18,000 (€17,000). Due to reach the market in 2025, this diminutive EV will use a cut-down version of VW’s MEB platform (as used in the US-market ID.4 crossover, among others) and is expected to have a WLTP range of about 250 miles (400 km) thanks to a 57 kWh battery pack.

In fact, Europeans will be somewhat spoiled for choice since the same factory in Spain will also produce versions of the ID.1 for the Cupra and Seat brands. 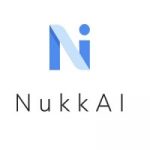