Enlarge / NASA’s SLS rocket and Orion spacecraft are at the launch site in Florida, ready for a wet dress rehearsal in early April. (credit: NASA)

President Joe Biden on Monday released his budget request for the coming fiscal year, and NASA is a big winner. The administration is asking Congress to fund $25.9 billion for the space agency in 2023, an increase of nearly $2 billion over the $24 billion the agency received for fiscal year 2022.

The budget request for NASA includes a healthy increase for the Artemis Program, which seeks to carry out a series of human landings on the Moon later this decade. Notably, funding for a “Human Landing System” would increase from $1.2 billion for the current fiscal year to $1.5 billion, allowing for a second provider to begin work. Additionally, funding for lunar spacesuits would increase from $100 million to $276 million. NASA would also receive substantial funding—$48 million—to begin developing human exploration campaigns for the Moon and beyond.

All of this new funding in the proposed budget comes in addition to the billions that NASA has been spending annually to develop the Space Launch System rocket and Orion spacecraft. Overall funding for Artemis, therefore, would increase from $6.8 billion in fiscal year 2022 to $7.5 billion in the coming fiscal year, which begins October 1, 2022. 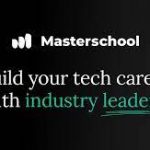 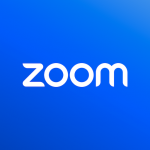 Next Post Zoom launches Avatars, which lets users show up to meetings as Memoji-like animals, and plans to add new video filter avatar options in the future (Mitchell Clark/The Verge)