Jordan B. Peterson, a Canadian clinical psychologist, has recently gained internet fame for his plethora of videos and interviews on various political and social issues. He is confrontational, caustic, and openly disdainful of his rivals, especially Marxists and “Postmodernists,” for whom he harbors a specific enmity. He is a passionate and active culture warrior who disagrees with a variety of concepts related to social justice movements, including “white privilege,” “cultural appropriation,” and others. He has a reputation as a transphobe since he won’t use the chosen pronouns of transgender people unless they specifically request it, and while his opinions have marginalized him in the academic community, they have enhanced his standing in conservative circles.

The so-called “big five” personality qualities — openness, conscientiousness, extraversion, agreeableness, and neuroticism — are frequently used in his academic work to explain political and religious views. Given his recent suggestion to rid “corrupt” academic departments of courses and instructors he believes to be afflicted by this pathology, his work on the psychology of political correctness has drawn criticism.

He characterized himself as a “typical British liberal” in an email response to a journalist who called him a figure of the “far-right” I have a left-leaning temperament since I have a high level of openness, but I also have a right-leaning temperament because of my conscientiousness. Philosophically, I am an individualist and not a left- or right-wing collectivist. I identify as an American pragmatist who has been profoundly inspired by Freud and Jung’s psychoanalytic and clinical ideas.

This response encapsulates a large portion of what, for better or worse, guides 12 Rules for Life, his lengthy and rather bizarre excursion into the self-help genre. It is a book that blends wise counsel gained through his clinical work with motivational anecdotes from his personal life, accounts of his academic work in psychology, and a lot of intellectual history of the “great books” sort, which he interprets in exceedingly tendentious ways.

His publisher has chosen to downplay his reputation as an internet provocateur, calling him a “modern-day truth-teller” and giving him a page-long biography that starts:

Jordan B. Peterson, who was born and raised in the harsh wastelands of Northern Alberta, has built a Native American longhouse on the top floor of his Toronto home, flown a hammerhead roll in a carbon fibre stunt plane, sailed a mahogany racing sailboat around Alcatraz Island, explored a meteorite crater in Arizona with a group of astronauts, and been inducted into the coastal Pacific Kwakwaka’wakw tribe.

Peterson prides himself on being a fervent culture warrior who opposes social justice movements.

In a therapeutic context, where he probably sees damaged individuals in need of an authority figure who can serve as an external source of order and stability, Peterson’s severe preceptor image certainly works well. Most of his guidelines center on personal accountability and making decisions that will enable one to live well in the world. We ought to make sensible choices when it comes to our friends, raise our kids with love and respect for tradition, and so forth. According to his point of view, one should start with little, personal decisions before moving on to bigger, more pressing societal and political issues. Don’t hold capitalism, the radical left, or the wrongdoing of your adversaries responsible. Before reorganizing the state, order your personal experience first. Embrace humility. How dare you try to run a city if you can’t even keep your own home peaceful?

Unfortunately, when he believes there is a basic truth to be found, he is not a man who will be satisfied with a heuristic. He enjoys an archetype, particularly one that he can ground in biology because he is an excellent student of Jung. That’s related, postmodernists! He discovers duality in “the gross morphological organization of the brain” when he attempts to discuss it. No matter what, gender is not fluid. Our perceptual, emotional, and motivational systems are profoundly ingrained with the categories of male and female, parent and child.

The conflict between order and chaos is the book’s main dualism. As stated in the subtitle, the purpose of the rules is to act as “an antidote to chaos.” The fundamental tenet of Peterson’s worldview is the preservation of order. Truth is in order. It is male and singular. Chaos is “the eternal feminine,” according to a hazy Jungian definition that puts the author in the unfortunate position of endorsing a guide for stifling the feminine essence. He tries to get around this by mentioning yin and yang and “straddling dualities,” but if chaos is the “possibility, growth, and adventure” he periodically recalls to genuflect towards, it is obvious that he is primarily concerned with keeping it at bay.

Chaos is the world of deception, persuasive language, Jacques Derrida, ethnic studies, and guys who mistakenly believe they are girls. Although these issues are awful enough on their own, they are particularly evil because they serve as a type of “gateway drug” to dictatorship. He clarifies in a podcast interview:

He complains that the question is meant to “box him in” and that he does not like to be questioned if he believes in God.

The alternative to living honestly is hell, therefore it’s not an easy thing to do. I gained a lot of knowledge on the value of spoken truth as a bulwark against oppression and dictatorship. Speaking the truth out loud is a more effective countervailing force than a different political system. Why would I risk losing my job to voice my view on forced pronouns? Because the best defense against hell is the capacity to say the truth.

This phrase is not figurative; it is religious. Although Peterson dislikes being questioned if he believes in God and claims that the question is meant to “box him in,” 12 Rules for Life is heavily theologically Christian. Numerous pages are devoted to biblical interpretation, and his ideas about deception take him first to Goebbels and the “great lie” of propaganda before leading him to the “father of deception”—the devil, not Derrida. He is moved to question whether Eric Harris was not, in fact, a manifestation of Satan after reflecting on the Columbine school massacres.

The fact that Peterson breaks many of the principles he so eloquently lays out is what makes this book so grating. He doesn’t “expect that the person he is listening to might know something he doesn’t” (as stated in the quote). He is far from “precise in his discourse,” enabling his core ideas (such as “being” and “chaos”) to shift about until they lose all sense of what they originally meant. His severe warnings against straw-manning are well-received, but his “Postmodernists” and “Marxists” are the weakest of scarecrows, making his claims of intellectual bragging rights empty. He seems earnest and is in some ways admirable in his fervent search for the truth, but his oppressive, hectoring book leaves one grateful to be rid of him because he is not quite as far ahead as he thinks. 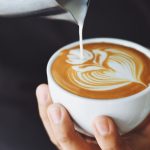 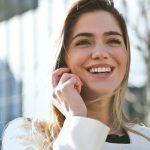 Next Post How to Choose a Career that Suits Your Personality