Several startups are trying to use robots to sort waste better. Near the top of the list is AMP Robotics, which uses a picker and a conveyor belt in tandem to sort goods in big, automated facilities. The technique is intended to address human recycling inadequacies. All too frequently, individuals either don’t bother to sort their trash or don’t know where certain things go.

CleanRobotics, a company founded in 2015, seeks to address the problem at the point of disposal. The flagship trashbot system from the Colorado company sorts debris from a single disposal site using on-board machine learning and robotic devices. It asserts that the machines are capable of doing so with about 90% accuracy, which isn’t ideal but is unquestionably superior than what people typically do.

CEO Charles Yhap stated in a release that “recycling standards are complicated and consumers are frequently so confused that their recycling accuracy is less than chance, leading to highly polluted recyclables, which no one is buying.” Our technology increases the amount of waste that is diverted from landfills, increasing the amount of recyclable materials.

The trash sorting robot is obviously collecting data to help improve the sorting process given the on-board AI/ML. The recycling bin of the future, according to CleanRobotics, “does not end there; it also creates high-quality data for trash audits, initiates fullness notifications, and has a huge display for video content. Additionally, your TrashBot fleet only gets smarter over time because of cloud connectivity.

Based on the particular trash the system gathers, it’s simple to envisage other commerce-related data being used.

In a $4.5 million Series A headed by Melco International Development Limited and including SOSV/HAX, Undivided VC, and Longmont Evergreen Opportunity Fund, the business announced it this week. The money will help CleanRobotics manufacture “hundreds” of systems in addition to the ones that are currently in place in busy places like malls and airports.

The organisation specifically mentions looking to collaborate in China, Australia, and Singapore. Additionally, funding will be used for expanding the workforce, enhancing manufacturing, and stepping up research and development. 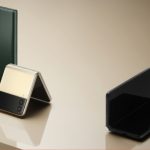 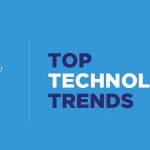