Koch Industries—the conglomerate owned by Charles Koch and the heirs of David Koch, men who donated heavily to groups that helped politicize the science of climate change—is reportedly investing hundreds of millions of dollars in battery companies.

The privately held company has its fingers in a range of industries, from oil refining to chemical production, lumber and paper mills, glass, and electronics firm Molex, which created a popular computer interconnection. But according to a Wall Street Journal report, Koch Industries has become one of the largest investors in the battery world outside of automakers and their suppliers.

The firm has sunk at least $750 million into battery makers and battery material companies over at least 10 investments, the Journal reports. The sector has experienced rapid growth over the last decade, and battery technology continues to improve at a remarkably steady pace. 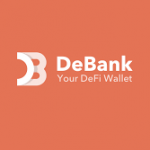 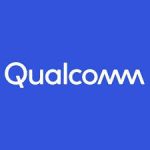 Next Post Qualcomm unveils Snapdragon 8 Gen 1, with improved camera and AI processing and up to 20% more performance and 30% more power efficiency over the Snapdragon 888 (Chaim Gartenberg/The Verge)